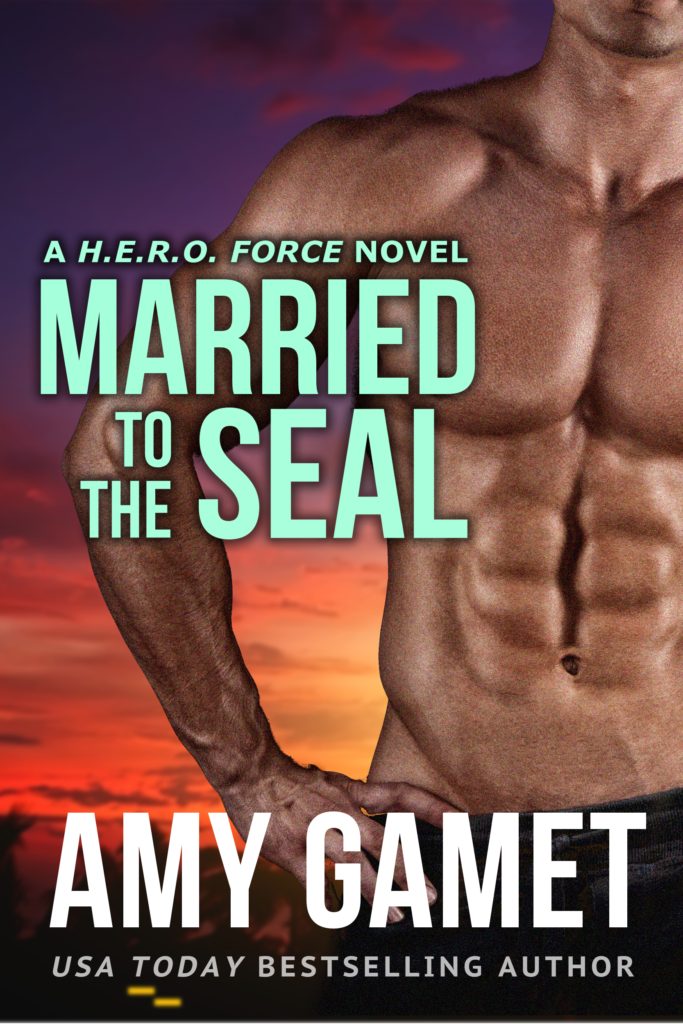 He was supposed to pretend to love her.
To protect her. To keep her son safe.

He failed at all three.

Matteo goes undercover, pretending to be married to a dignitary's daughter, never expecting the charade to get personal. But it does, just as HERO Force finds the link between the woman and their strongest enemy to-date.

The only thing Mason Petrovich liked better than setting a bomb had been fucking the president’s daughter. And that had been setting a bomb, too, if you thought about it. A political one.

Except she took nine months to detonate.

She gave birth already, but they were keeping the explosion under wraps as best they could. He chuckled. You couldn’t keep explosions under wraps for long.

He smiled, looking forward to the culmination of his work. He spliced the ignition wires, twisting in the detonator. They were attacking the president from all sides, and Petrovich couldn’t wait to see the flames.

Voices approached in the distance, echoing off the bridge surface, and he froze, his eyes darting from the unfinished circuit to his planned escape route — a large bush some hundred yards off the walkway. He was deep enough in shadow that he couldn’t be seen, but he had only moments to finish his work and escape before the people walking toward him reached him and the clearly exposed bomb.

It was a race, and he liked races.

Damn, he loved this shit.

He finished the wiring and started the timer on its countdown. “Let’s see you hide this one, Vasile.”

He turned and jogged quickly to the safety of the dark shrubbery, only stopping to turn back when he reached relative safety.

From his vantage point, he could clearly see the presidential mansion illuminated in the distance. Grace was there. Grace and his child.

It was time for him to show them he knew they were there. Time to leverage the power that had taken so long to create.

He pulled out his cell phone. “The bridge is all set. I’m going up on the hill next.”

The man’s voice on the other end was firm. “We talked about this. We wait until after the bridge.”

“It’s my kid, and I want to do it now.” He hung up the phone and put it back in his pocket. He pulled out his weapon, the black metal gleaming in the last light of dusk.

Damn, it was good to be back.

The Swiss Alps were beautiful, but nothing to compare to this.

President Vasile walked to his study window and looked out over the city, unseeing.

Evil had been in his house.

It had walked through the door and into the bedrooms of those he loved most.

He’d spent the whole night awake, like a ghost of himself, ambling from room to room as if he could stop it from happening again.

He could see the note in his mind’s eye as clearly as when he held it in his hands.

He knew who was responsible without knowing the perpetrator. Victor Trane would stop at nothing to win the presidential election, even threatening the family of his opponent.

You could drop out.

You don’t have to do this.

But he did have to do it. Someone had to keep Trane from power, or the citizens of the country he loved would be the ones to suffer.

Lightning flashed and the view from his window came into focus. It was raining, and people scurried along crowded sidewalks rushing to work or perhaps home after a long day.

He imagined they were hardworking people, their families warm and just a touch shy of financially stable. He knew what that was like. They deserved the best he could do for them. They needed a president who could turn things around.

He frowned. He’d been that man for twenty-six years, taking his country from a fledgling baby to the industrious teenager it was now. Six months ago he was certain he was still that man.

His chest tightened painfully and he reached in his pocket, withdrawing a metal pill vial and putting one of the tiny pills under his tongue.

You won’t do anyone any good if you’re dead. Not Grace, not Nico, not the people of this country.

His eyes caught on his reflection in the glass, and he felt as if he were staring at his own mortality. The time he had left on this earth was limited. He knew that. He needed to save his people from Trane before the reaper came and ended his own days.

“Please,” he whispered, staring at himself. “Just a few months more.”

The ticking of the clock on the wall became louder, its sound almost comically pronounced. He let his eyes close.

The pain began to subside, and he sighed with some relief. Too bad the pain of his opponent’s offenses would not be so easily diminished.

Someone knocked on the door of his office before pushing it open wide. Only Grace would do that. He stood up straighter as he turned to face her, the babe bundled tightly in her arms surprising him yet again. Would he never get used to seeing his daughter with a child?

Her brows pinched together in the panicked look she inherited from her mother. “Have you found out who did it?” she asked.

He would do anything to protect her, but this time he was powerless to do so. “No.”

“What about the surveillance tapes from the security gate?”

Her eyes opened wide. “The guards were in on it.”

“You need to fire them.”

She began to pace. “Nico isn’t safe here. I’ll take him back to Switzerland with me—”

“Then there will be no one to protect you.”

“No one is protecting us here!”

“I have a plan to change that.”

“Your men can’t be trusted. Those tapes disappearing proves it.”

“This isn’t one of my men.” It had pained him to bring in an outsider, but he knew it was necessary. “He’s American. A Navy SEAL. He arrives tomorrow afternoon.”

“How did you get him here so quickly?”

He lifted his chin. “I made this plan before the intruder got into Nico’s room. I hired him to be your husband until the election is through.”

She rounded on him, her nostrils flaring. “You did what?”

“You’ve created quite a mess. A baby out of wedlock is still scandalous here.”

“No, Father. It isn’t. Only in your mind.” She gestured to the tall windows and the people beyond. “No one out there cares whether or not I have a ring on my finger.”

He shook his head. “They care more than you think.”

“Well then, I guess they’ll just have to accept it.”

“You know as well as I do, they will do no such thing. The election will be a close race, closer than any before in our history. When the people find out you have a bastard, many will vote for Trane instead.”

Her gaze was steely. “Don’t call him that.”

“That’s what they’re going to call him. That’s why the intruder chose that word. To show us that he knows about Nico and the effect he will have on the campaign.”

“The campaign! That’s all you care about. When is it going to be enough for you? How many years must you lead this country?”

“If Trane is elected, he will back Russia’s bid to take over the country once more. My sources say he’s already accepted their deal. He has a majority stake in Parliament, and two of those who disagreed with him have died tragic, unexpected deaths.”

He could see the impact of his words registering on her features. She knew what that would mean for the citizens. She had a fine political mind, could have been a politician herself if she had the inclination.

“And you think Nico is going to make that more difficult.”

“Nico is going to make that impossible. You’ve spent too much time abroad. Conservativism is alive and well here. I had the pollsters add a question to last week’s phone survey. Sixty-eight percent of those over fifty would not vote for a candidate whose immediate family had children out of wedlock. They consider it to be a sign of moral weakness.”

He gestured for her to sit down, noting the high color in her cheeks and how she hesitated before settling in the chair. It was as if they were separated by a thick brick wall, and it struck him they had built it together, piece by piece, since Lenore died.

That wall would not be coming down today.

“You will marry the American. He will keep you and the baby safe and provide you with the husband I need you to have.” He glanced at the baby in her arms. “Do we have a deal?”

He watched her face. She was a smart woman who understood her actions had consequences outside of herself.

She would do the right thing, he was nearly sure of it. Only one thing could stand in the way. “Unless you’d rather marry the real father?”

Her head snapped up.

What he wouldn’t give to find out who that was.