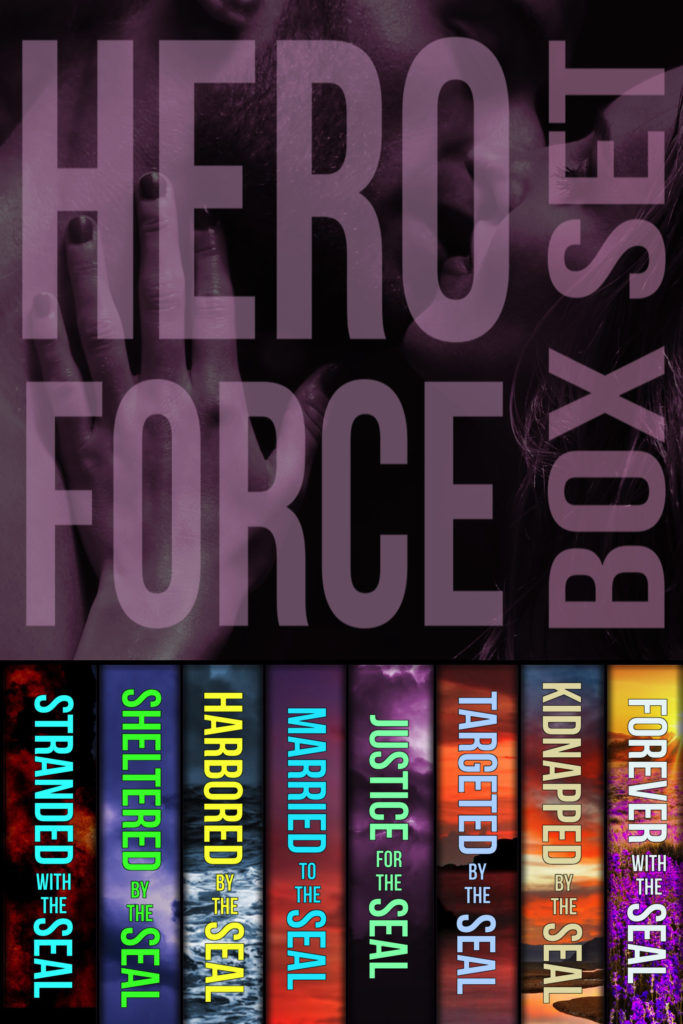 Stranded with the SEAL - A runaway bride with amnesia is stranded with a Navy SEAL bent on revenge.

Sheltered by the SEAL - A secret baby story with a smoking hot twist.

Harbored by the SEAL - All she wants is a fling with her brother's best friend, but their cruise ship is wired to explode.

Married to the SEAL - He's hired to be her husband, but can they keep their relationship strictly platonic?

Justice for the SEAL - A one-night-stand with an older woman turns out to have dramatic consequences.

Targeted by the SEAL - A journalist disappears into a cult and only her ex can rescue her.

Kidnapped by the SEAL - A SEAL in desperate need of medical attention is forced to kidnap a doctor and her son in the middle of a hurricane.

Forever with the SEAL - A wedding novella featuring the couple from HERO Force book one, Stranded with the SEAL.

Cells harvested from the RapGEF2 embryos also displayed a similar limited potential to form colonies, also with a 4 to 5 fold reduction in number Figure 4D F stromectol dose I took Tamoxifen before and had no problem

cozaar 50mg us esomeprazole over the counter topamax 100mg price

527, and 95 confidence interval of 0 buy stromectol ireland At this time, a muscular man found Zhao Ling is figure and shouted with a big smile