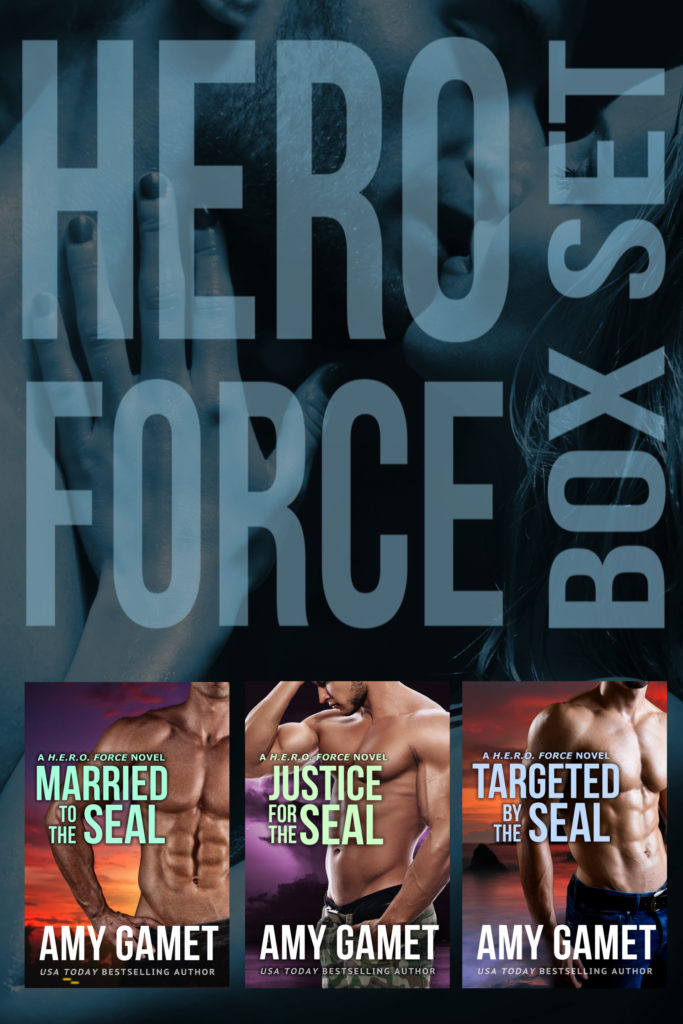 Strong women and the dedicated former SEALs who defend them. Gripping action and spicy romance meet heroism and intrigue.

He was supposed to pretend to love her.
To protect her. To keep her son safe.
He failed at all three.
Matteo goes undercover, pretending to be married to a dignitary's daughter, never expecting the charade to get personal. But it does, just as HERO Force finds the link between the woman and their strongest enemy to-date.

Logan O'Malley has an affair with an older woman, only to learn she's the judge assigned to the case that could end HERO Force forever. Worse yet, an old villain has come back looking for his own brand of justice, and the judge is about to be caught in the crossfire.

Targeted by the SEAL

HERO Force is on a mission to save senator’s daughter Cassidy Lane from a cult when a skydiving accident leaves Navy SEAL Austin Dixon to complete the mission alone. Trouble is, Austin has a history with Cassidy—and she definitely doesn’t want any saving.
Cassidy is an investigative journalist who infiltrated the cult after another reporter disappeared there on assignment. Together they must learn to trust the broken bridge that joins them as they weave their way deeper into The Community and find out the truth about Cassidy’s missing friend, Julianne. But when they’re exposed, will they be able to untangle themselves from the cult’s grasp and make it to safety?